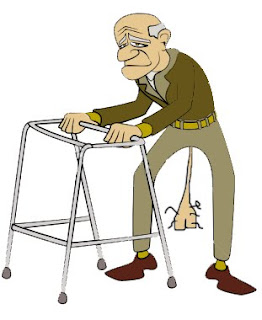 When I was in the fifth grade – you know, the time in your life when all you want is for your parents to NOT embarrass you – my dad would come to my rec basketball games wearing a pair of purple Champion sweatpants with a black leather bomber jacket. His hair would be all fucked up like he just woke up from a nap and he’d have sandals on in 20-degree weather. He looked like he’d been dressed by a retarded four year old — he might as well have had gum in his hair.

I think when you get older there’s a point you reach when you simply give up on yourself. And that point for me is now.

I caught myself in the mirror the other day before I went out for breakfast and I looked exactly like I did on my first day of kindergarten. Like a fucking loser. Except this time I didn’t have my whole life ahead of me and I wasn’t carrying a sweet-ass Thundercats lunchbox.

It’s funny how you spend so much of the early part of your life in front of a mirror – making sure you look good. Making sure each piece of hair is where you want it to be — so somebody will like you and have sex with you and end up being your girlfriend or boyfriend if you’re one of those gay guys. Because ultimately, when that day finally comes and you get what you want, you never, ever have to worry about your appearance again. You can just let yourself go to waste.

My grandmother wears sweatshirts with unicorns and sparkles on them. Does she do this because she’s awesome? Maybe. But more so because she just doesn’t give a fuck. It’s a clean sweatshirt. I bet if you asked her, she’d have no idea that she was wearing a unicorn. Or what a unicorn looks like. Or the year.

The same thing happens when you’re in a relationship for a long time.

Before I met my girlfriend, I would brush my teeth everyday. And now I don’t even know where my toothbrush is. Oh wait, yes I do, there it is, on the floor next to the toilet with hair on it. Bonus: now I can brush and floss my teeth at the same time. Or more likely, not at all.

You know, people start relationships not being able to fart in front of one another. And by the end they’re cheering each other on to shit normal. “CRAP HENRY CRAP! CRAP HENRY CRAP!… HOORAY!!!!!!!”

The other reason I think I stopped giving a fuck is because my body is changing. For the worse. And frankly, it’s out of control.

Take my balls for example.

Remember those old guys whose balls would hang down from their assholes like a giant loogie that refuses to break? You would just stare at them and wonder how any of this is even scientifically possible? This guy’s balls are defying gravity right now….if Neil Armstrong could see this….

After catching an unflattering glimpse of myself in the mirror the other day, I realized that guy is me. I’m the balls guy now. You could play a four-person game of tetherball with my love nuggets.

The other good thing I have going for me is the black hairs that have suddenly started growing out of my ears. You’ve seen The Fly, right? Next week I’ll be crawling across the ceiling and puking on my food in order to digest it.

Normally in a relationship, you would think you’re loved one would give you a heads up. Maybe say something like, “Hey Steve, wait. Before you go, let me just break out my tweezers for a hot minute and pull out those black hairs that you have growing out of your ears so people don’t think you’re a complete fuckin weirdo.” But not mine. My girlfriend just lets me walk out the front door and start conversing with people who clearly aren’t listening to a word I say because they’re so busy trying not to stare at my ears. And I don’t blame them. That’s what I do when I talk to someone with a physical defect. ‘Just don’t look at it. He’s waiting for you to look at it so just DON’T! PRETEND EVERYTHING IS NORMAL!!!’

But the truth is, I really don’t care. I don’t. Go on and look at my ears or stare at my low balls. Because as I mentioned earlier, I’m old now and I simply don’t give a shit.